Buer (52.2484, 8.4026) is about 35 kilometers east of Osnabrück and 8 kilometers northeast of Melle in the modern German state of Lower Saxony (Niedersachsen).  Borders and rulers in what is now Germany have changed many times over the years.  French Emperor Napoléon Bonaparte invaded the region in 1803.  France's influence can be found in the detailed civil records that were kept in the area for several years.  The Kingdom of Hannover was established in 1814 and lasted until it was annexed by Prussia (Preußen) in 1866.  Germany (Deutschland) became a unified country in 1871.  The current state of Lower Saxony was formed in 1946.


Althoff in the database 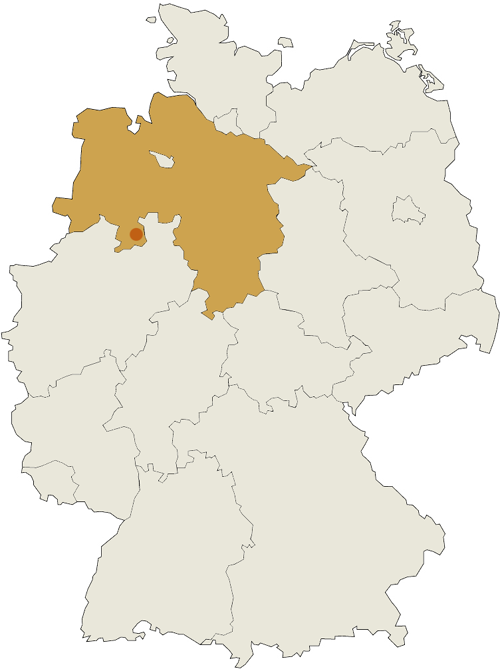