Decades ago, an assortment of commemorative dinnerware items was produced that depicted the house built by Captain James Avery in 1656.  Nicknamed the "Hive of the Averys," the house was built near Pequot, Connecticut, at the head of Birch Plain.  The home burned down in the summer of 1894, caused by an ember from a passing train engine that landed on the roof of the Hive.  The Avery house stood for over 237 years.  It burned down in less than an hour.

The dinnerware was produced at different times, as evidenced by variations in each item's markings.  There are also two color schemes, pinkish-red and cobalt blue, with slightly different patterns.  The dinnerware items are known as creamware for their off-white appearance.  Creamware is a type of glazed, refined earthenware made from white clay found in the southwestern English counties of Dorset and Devonshire.  English earthenware maker Wedgwood made some of the items for the Anna Warner Bailey Chapter of the Daughters of the American Revolution in Groton, Connecticut.

The number of different items and the quantities produced is not known. 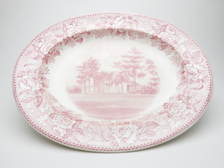 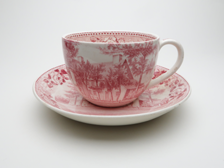 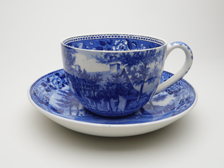 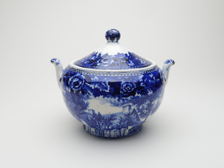 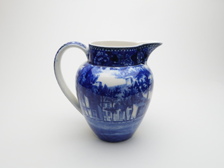