How I found out I was a descendant of Valentine Kinder and his daughter, Barbara (Kinder) Heaton-Laughlin, is a long story.  Nearly 20 years long.  The details of solving the mystery of John Heaton are detailed elsewhere on the site.  Long story short, the probate case file of Barbara (Kinder) Heaton-Laughlin named John Heaton, along with his long-suspected siblings in Madison County, Illinois, as heirs.  Discovering the probate documents on Christmas Eve of 2018 verified a research theory that had taken shape with the help of two other researchers and DNA matches from 23andMe and Ancestry that suggested a link to the Kinder family.

With that feather in my cap, I did what I usually do when first encountering a new name: look for others researching the same people.  One of the best ways to find other researchers is to check the Ancestry / RootsWeb message boards.  Unfortunately, activity at the Kinder message board relevant to my search seemed to have become nonexistent years ago.  There were, however, a few leads to pursue.  One detail caught my eye: there was a Kinder family bible.

Additional searching turned up a digitally archived snippet of The Circuit Rider (Oct. 1998) quarterly, published by the Sangamon County (Illinois) Genealogical Society that mentioned Valentine Kinder.  I found the full version of the Sangamon County quarterly at the History and Genealogy Department of the Saint Louis County Library.  A member-submitted narrative in the quarterly highlighted many of the details I had been finding online and mentioned there were actually two family bibles.  The current location of the first bible, privately owned at the time of publication, is unknown.  The article noted that the second bible had been donated to the Illinois State Historical Society in Springfield in 1923, nearly a century ago.

At some point, about twenty years ago, many items from the Illinois State Historical Society were sent to the Abraham Lincoln Presidential Library and Museum (ALPLM).  The donation was cataloged in a manner than made it challenging to find at first, but ALPLM's staff was diligent and worked with me by phone and email to locate the bible in late January.  A week later, my sister, nephew, and I drove to Springfield to see the Kinder family bible in person.

Published November 7th, 1803, in Philadelphia by Mathew Carey, the bible is about the size of a phone book.  The overall condition the 215-year-old family bible is decent, but pages did show signs of slight water damage and had a whiff of mustiness.

Names and dates of birth for Kinder family members, recorded on page 529 between the Old and New Testament, appear to have been written at different times in cursive and block lettering.  The appearance of reversed letters in the block lettering is suggested by the author of the Sangamon County article as being the same as Valentine Kinder's signature on assorted bills of sales.

Calvin Kinder is not listed in the bible. 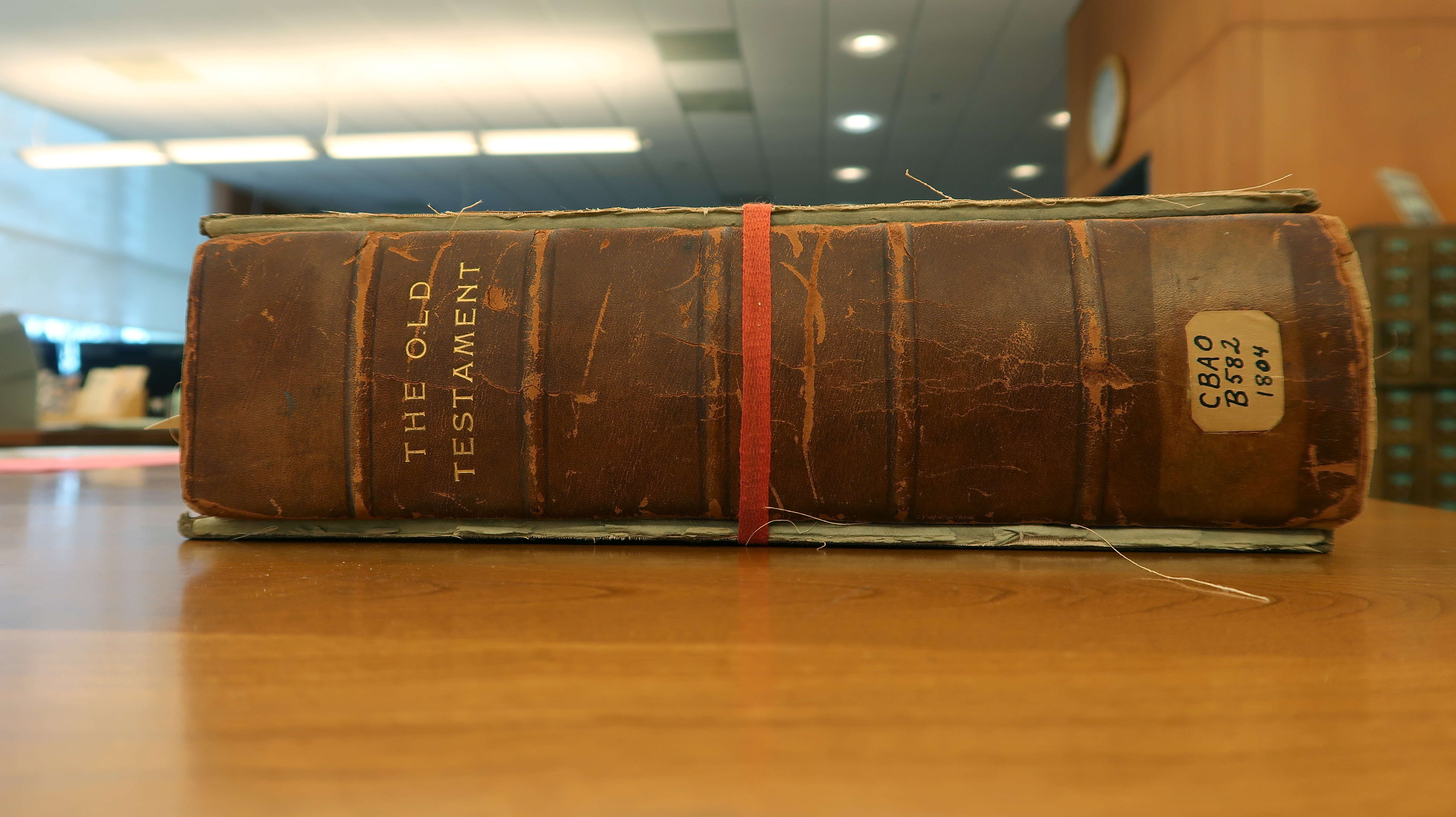 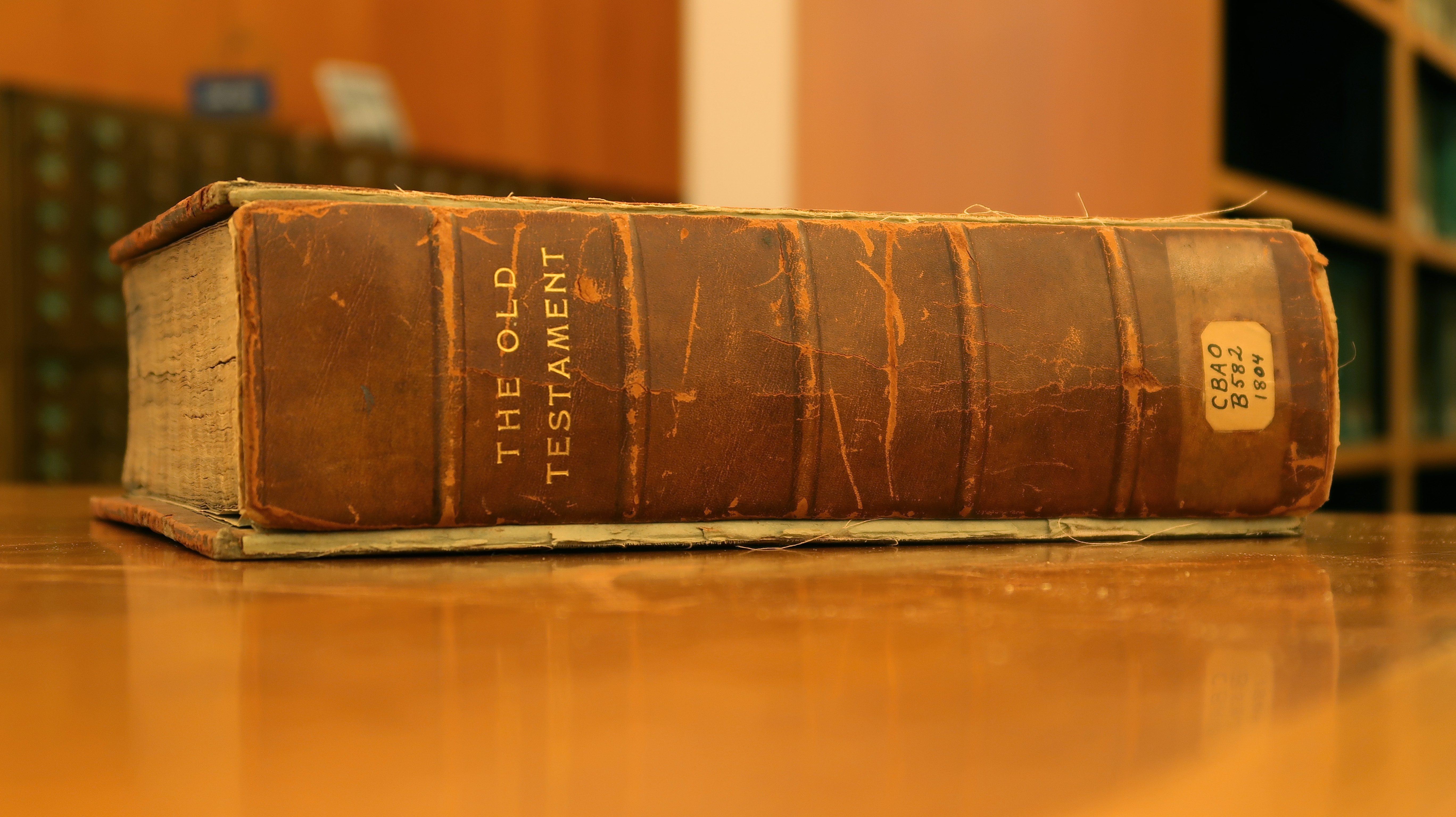 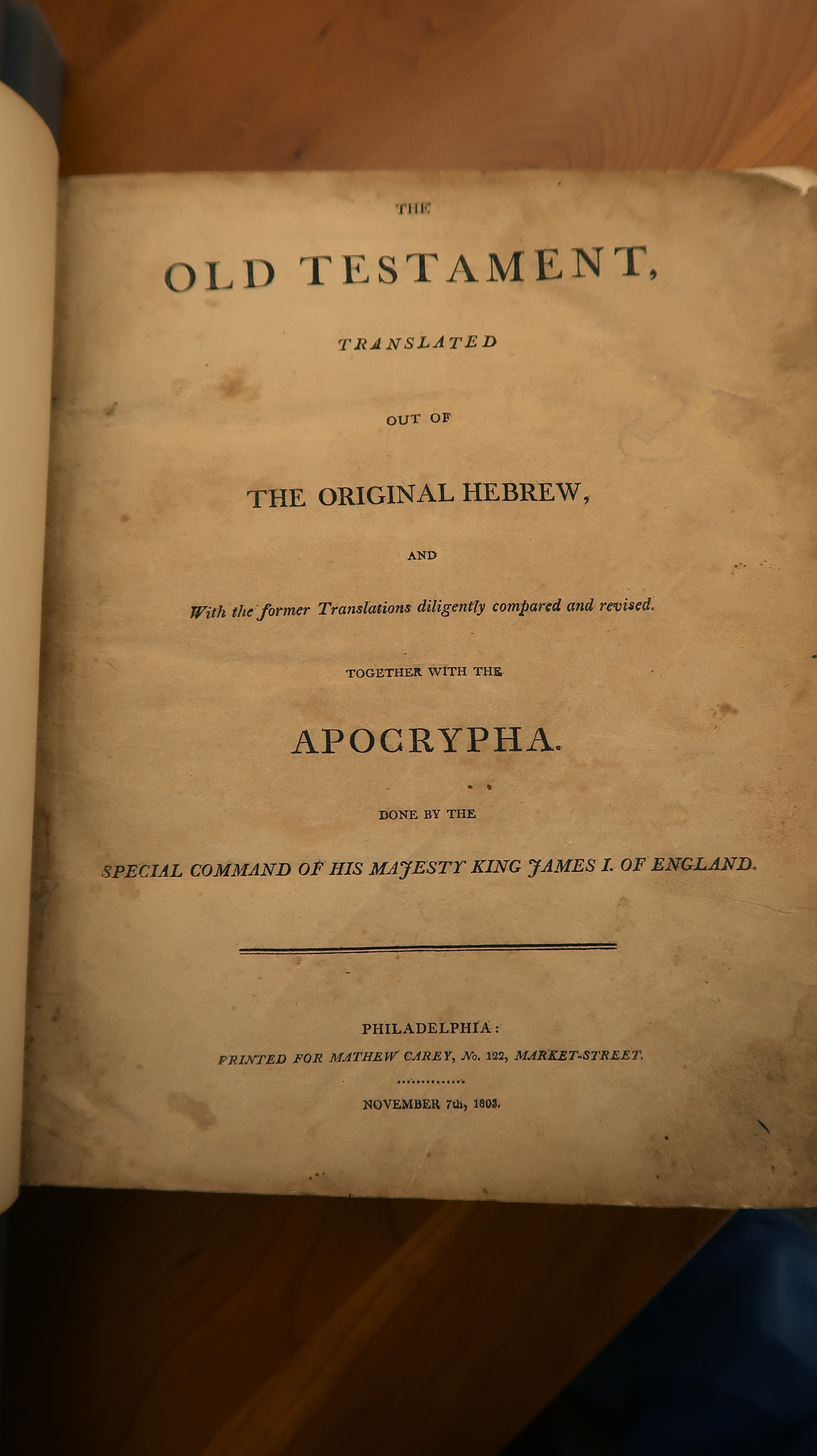 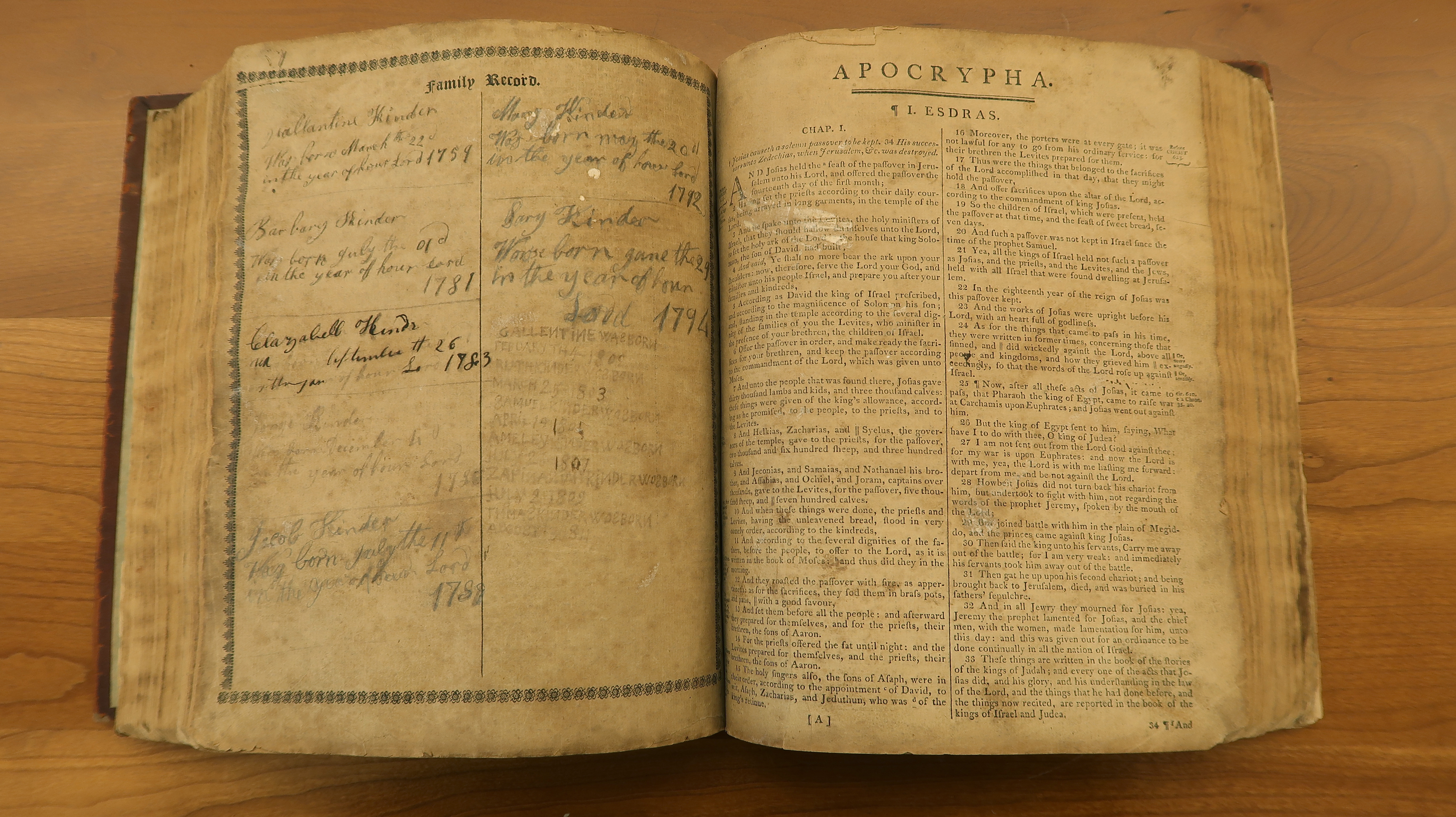 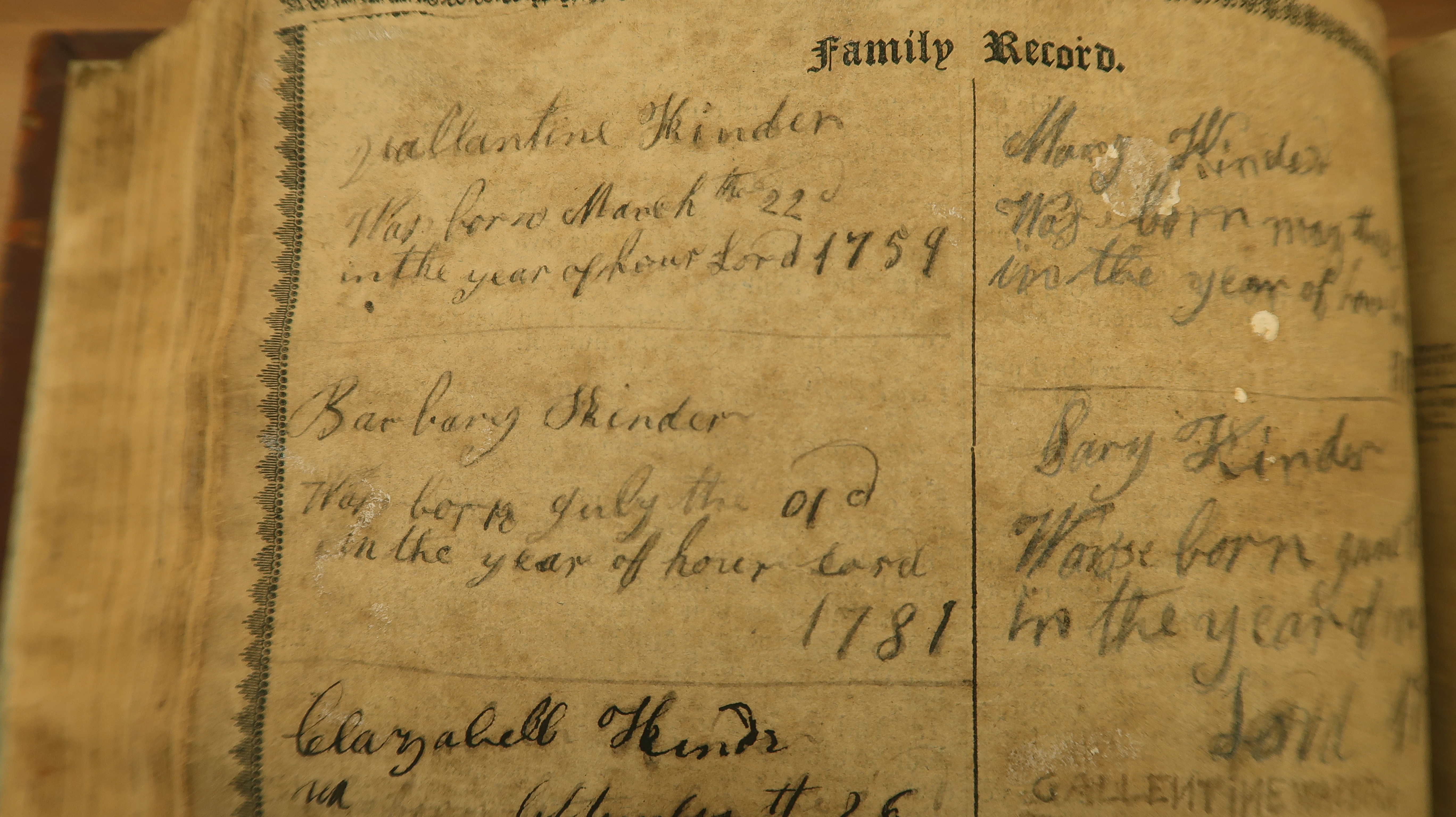 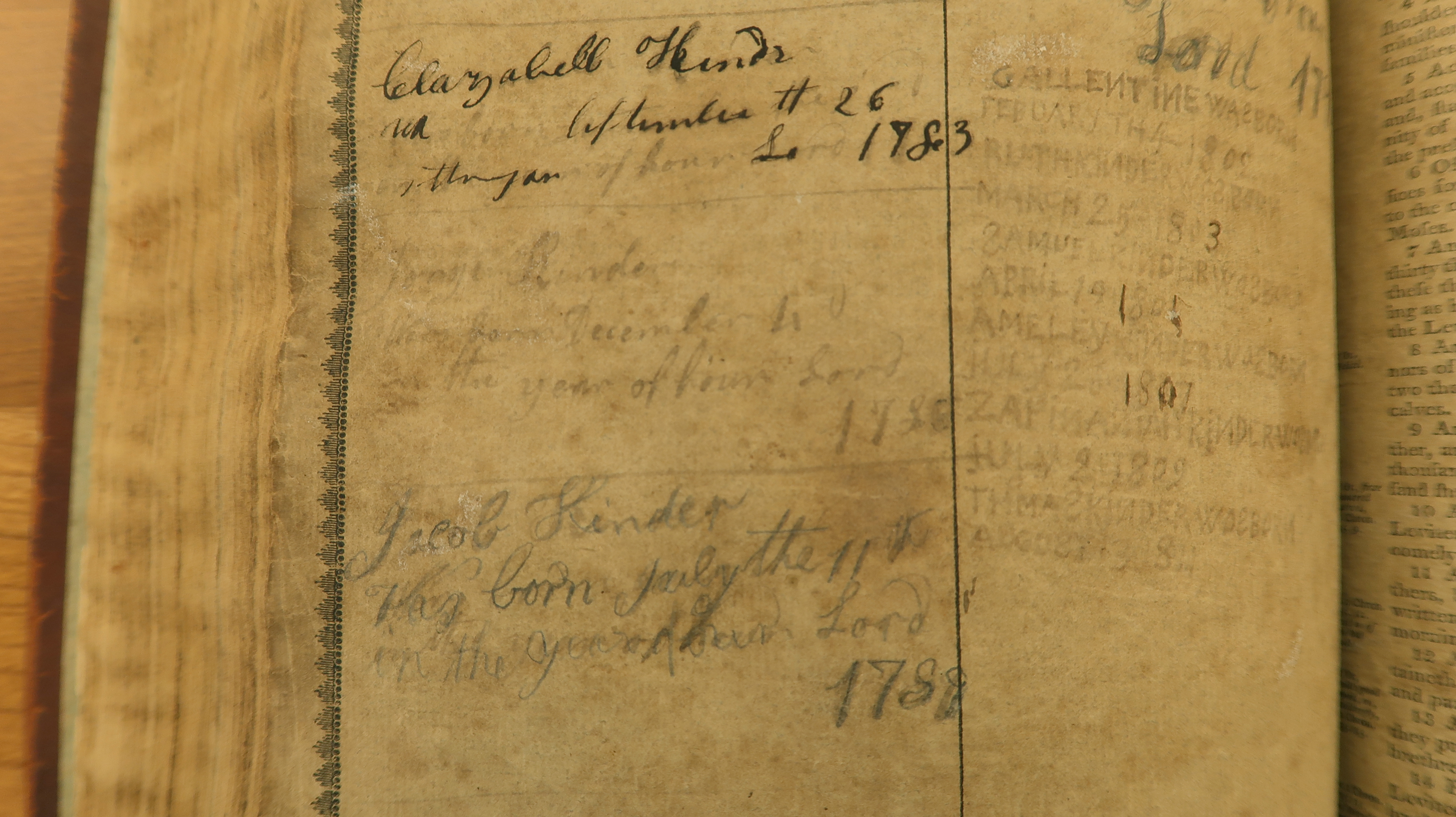 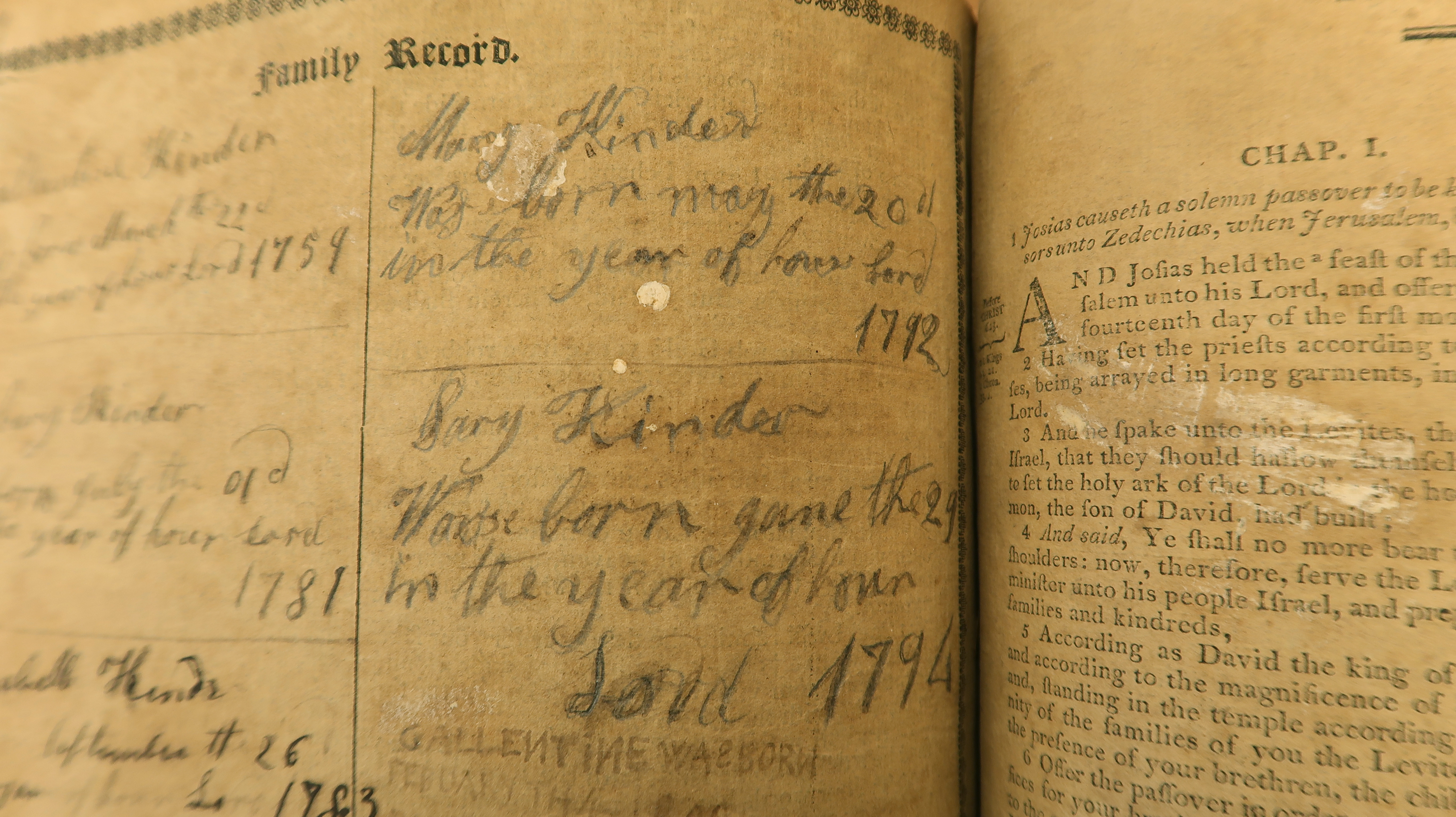 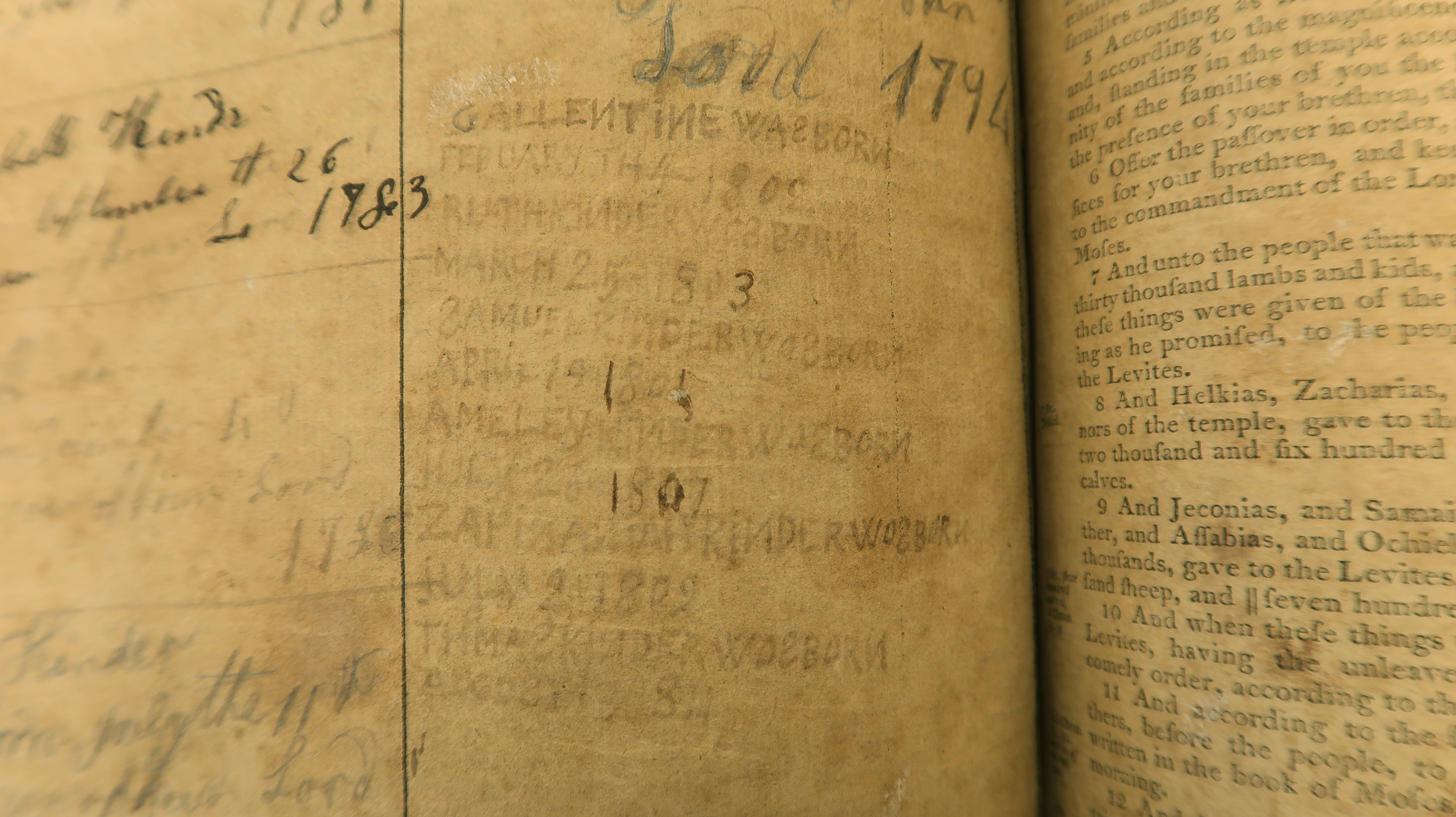